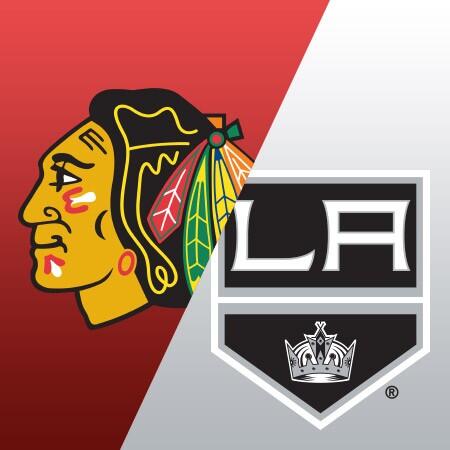 After a grueling seven month journey, we came across a pointless, melodramatic hockey game between two teams who were playing for nothing but pure exercise. Well, sort of.

With the Blackhawks still in the race for a shot at Lord Stanley, they were hoping to keep their legs fresh and get prepared for a grueling journey ahead of them. Consider this game to be a practice, per say.

As previously said, this game was a track race. There was barely any excitement, there was no push or need for fulfillment, and it sort of had the feel of a pickup game.

Jonathan Toews was able to score the games’ first goal nearly six-minutes into the contest, blasting a snap shot past Jonathan Quick for his 21st goal of the season. On a complete solo effort and a lot of time and space in the lower right circle, you’d expect just as much from the captain.

Now, this goal may make Toews look like he’s had a sluggish season, but after his terrible three month journey to his comeback since mid-January, he could have easily been a 30+ goal scorer if it weren’t for the slump.

After the Hawks opening tally, the game started to drag. Each team chased each other down the ice for the next 40-ish minutes, until Tyler Toffoli tied the game nearly five-minutes into the third period.

The Hawks, however, the Hawks weren’t going to let the little Kings end their season on a bad note, and with some money on the line Artemi Panarin looked to give the Hawks the lead, as well as line his pockets with a bonus.

With Artemi Panarin’s one-timer from Patrick Kane, he knotted a spot in the top 10 scoring race, giving him some extra ‘moolah’ on the season. Nonetheless, he was pretty stoked:

Look at the reaction from Panarin! #Blackhawks pic.twitter.com/CU8X07DwMT

Despite his excitement, the Hawks weren’t able to close out the game. Dustin Brown was able to tip-in a shot from Anze Kopitar to tie the game with 55 seconds remaining in regulation.

With overtime in play, the Kings took advantage with Drew Doughty’s 11th goal of the year, ending the regular season and sending the Hawks back home to await their playoff matchup.

There really wasn’t anything to look forward to in the regular season finale. The Hawks had no real reason to outdo themselves and push them farther than they should have. With the indication that they’ll most likely be facing the Nashville Predators in the first round, they were hoping to set their sights on that key piece of information.

From now on, the regular season is in the past and the Hawks will look to make a long playoff run in what’s going to be an exciting playoff year.