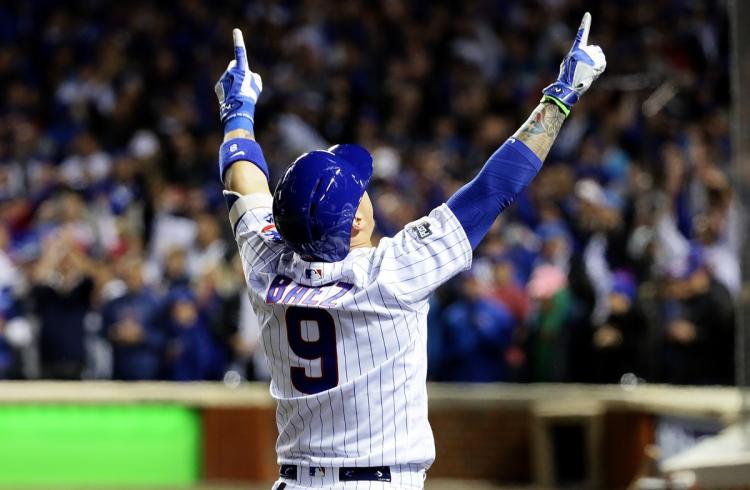 Recently there have been talks about the Cubs trading one of their many young assets for an ace starter.  It is clear the Cubs do need help with their starting rotation, as every pitcher minus Lester seems to be struggling.  However I am discouraged to hear all these rumors of Javy being our dealing piece.  I trust in Theo, I mean I don’t think he has made a single bad move, but trading Javy!? Baez is the most electric player in the game today, his defense is outstanding and if that’s not enough, his grand slam yesterday should be.  The man can hit as well as any other shortstop in the league.

Now I understand that the Cubs have a surplus of young talent and especially infielders.  However, we don’t know if Ian Happ is going to be a stud, and Ben Zobrist is not the stud he used to be. Happ can’t just be thrown out there and be expected to defend the World Series title with so little experience if Zobrist goes down. Yes, we also have La Stella but still there is no way I trust him to be a highly used second basemen as well.  La Stella lives off spontaneous at bats and starts.  It is why he plays so good as he gives pitchers a new look that they have not regularly seen. If used regularly I don’t personally believe he has the talent to replace someone as talented as Baez.

If the Cubs  are serious about trading for an ace, trade Eloy Jimenez.  He is the Cub’s number 1 prospect, and he would have to find playing time behind Jason Heyward, Kyle Schwarber, Albert Almora, Kris Bryant, and Jon Jay for years to come.  Even trading Almora would make more sense than Baez.  Javy and Addison are the middle infield a manager can only dream of, and in their full sophomore seasons, all signs are pointing towards these two being powerhouses for the greater half of the decade.