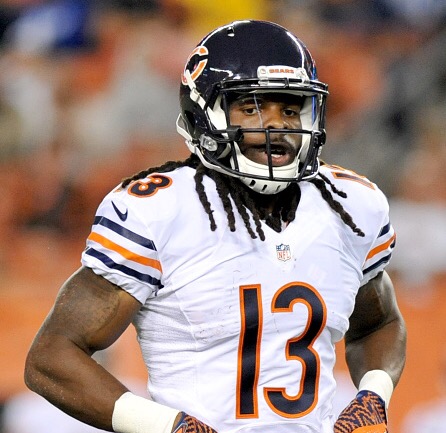 For two years Chicago has waited for first round pick Kevin White to show why he was valued so high.  He has played in a whopping 4 games totaling just above 180 yards.  If you search Kevin White highlights on YouTube, you will see a monster that some like to compare to the likes of Larry Fitzgerald.  Yet just on the second day of OTAs, White was nowhere to be found.

Not much has been disclosed about White’s recovery from his season-ending spiral fracture in his leg last year.  John Fox has never been much of a talker when it comes to his players injuries, so this could be just Fox being himself.  Obviously we want to see him though, we have had confidence for the past three off-seasons that he will be the receiver we so much need.

In good news on the Kevin White side, Mike Glennon is impressed.  He was quoted yesterday talking about how White’s explosiveness and route running ability is getting him excited for the season. I sure hope White is as good as Glennon thinks he is as we desperately need a primary target, or else we are gonna end up relying on another injury ridden player in Zach Miller.  In the event White stays healthy, he is learning well under a new WR coach.  With his skills still undeveloped as he has had little time on the professional field, his coaches were able to mold some new tendencies in and the Bears can only pray that he becomes the guy they had so much faith in, passing up multiple all-pro defensive players.

White is a different breed of receiver than the likes of Alshon.  He isn’t going to burn you, he makes excellent cuts and is said to have the hands of a mother holding her baby.  I am confident he can prove his value, we just need to start seeing him everyday.