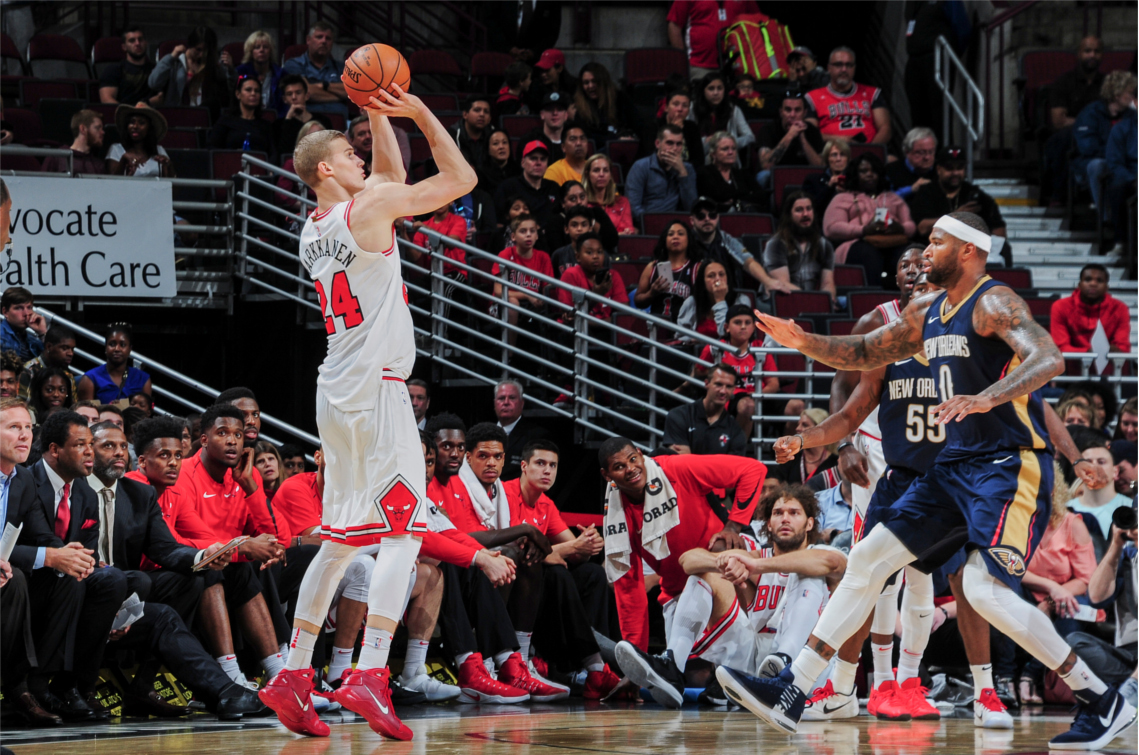 With the preseason in the books, the Bulls turn their attention to the 82 games ahead. Coach Fred Hoiberg is looking to just stay afloat in the league this year with such a young and inconsistent team. Injuries once again are plaguing the team, with two of their PG’s out to start the season in Cameron Payne and Kris Dunn.

With all of this in mind, there were some bright spots, and some very dark spots as well this preseason for the Bulls, who finished 3-3.

Over the six games in the Pre-Season the Bulls only had four players who averaged double digit points, and three of them were barely over Ten Points. With the lack of a “Go To” player on the roster, the Bulls lack the identity they need late in a game when it is close. This, coupled with such a young roster, has lead to the inconsistent play on offense and defense for the Bulls early on.

After the departure of Butler, is was assumed Wade was going to take over as the Veteran Leader. A few months later, Wade was gone, and Robin Lopez was left as the lone Veteran on the roster. Lopez has never been in the situation of being “The Guy” and gets thrown into the fire now. Look for Hoiberg to learn heavily on Lopez to be a team leader in the locker room throughout the season.

It seems as the Front Office is committed to a rebuild, but have not really commented on a direction they are going with it. In today’s NBA a teams needs a young, rising, or established superstar to build around. The Bulls seem to think they can get that with Markkanen, but he has yet to play a minute of regular season action so this is hard to say. Hoiberg’s offense in college was built on shooting the three, yet there has been no effort to help him get the players he needs to run this system.

Hoiberg seems to be the coach for Forman and Paxson, and they seem proud of the players they have brought together for a rebuild. It is going to be a long and grueling season for the team and the fans. Hopefully at the end of 82, there will be a clearer picture of what the Bulls have moving forward.