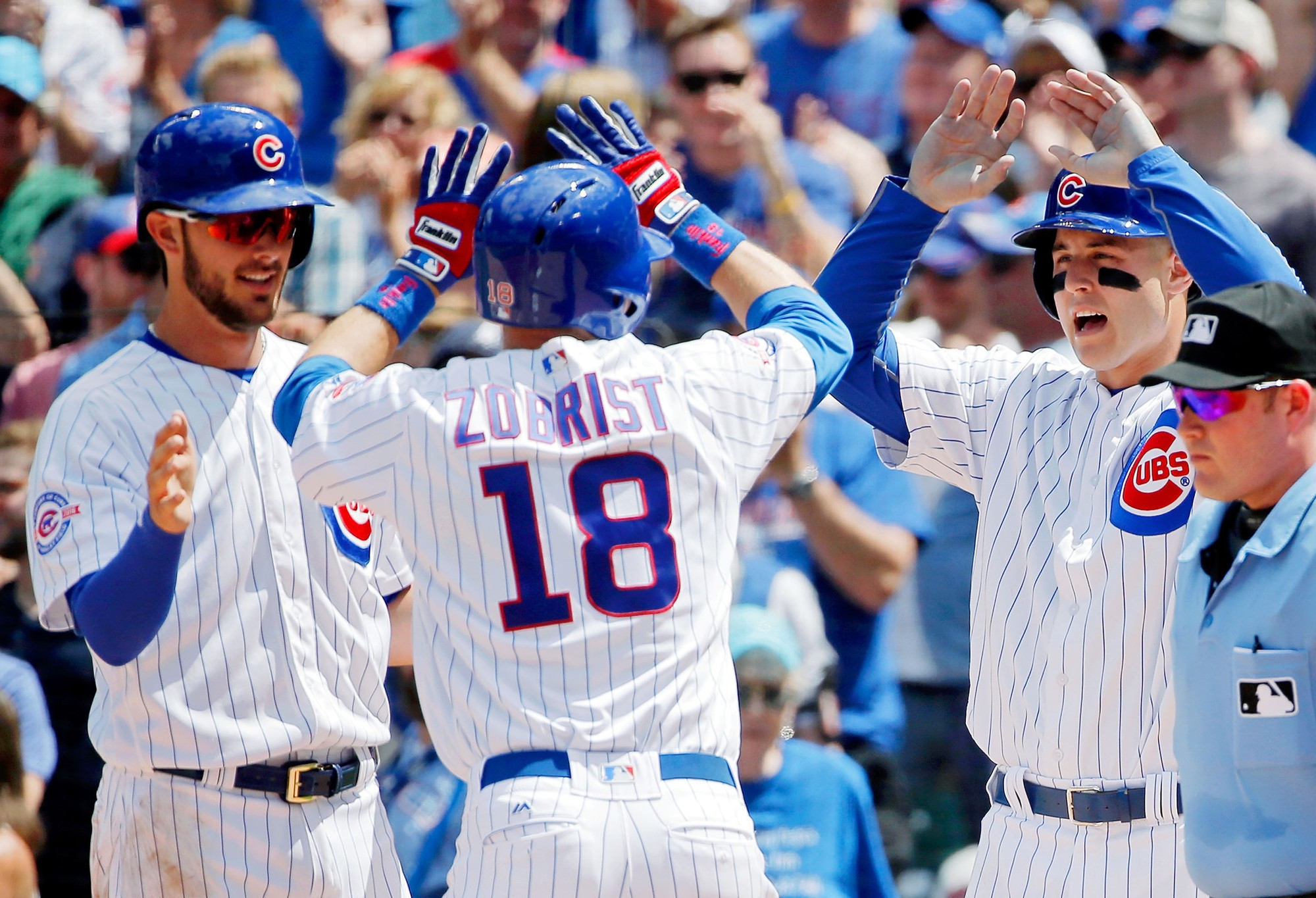 There is no doubt still a lot of disappointment felt after 2018 ended in early October after losing the NL Wild Card game, but, now is the time to look at the goods and move forward. Many performances surprised Cubs fans in 2018, for better or for worse. While there was a lot of let down, there were some players that really stood out. If we were giving letter grades to players, these guys would get As on their report cards.

Here is a countdown of the top-five outstanding players of the year for the Chicago Cubs:

Sure the final line does not look great (.239/.319/.408), but this man was a no-name farmhand coming into 2018 and he had some of the biggest hits of the season. His July was unreal, .458/.563/.792 in 12 games an was able to continue playing in the second half for the injured Kris Bryant. While the overall stats dipped…the clutch home runs cannot be forgotten. The game-tying one against the Diamondbacks, the walk-off solo shot against the Reds and of course his epic grand slam against the Nationals. That grand slam felt like one of the greatest regular season wins in Cubs history. Even if he did not finish strong, a might be a flash in the pan guy, he had some incredible moments in 2018.

Big Jon reminded everyone why they Cubs signed him to a huge deal prior to the 2015 season. After struggling in 2017, he rebounded with an All-Star nod this past year and had a strong season. While the peripherals did not always look great, he found ways to grind through and help the team win games. He finished with a 3.32 ERA, 1.3 WHIP and 149 strikeouts in 32 starts (181.2 innings). Lester pitched great in the NL Wild Card game, but he sadly got no run support. Once again he performed when they needed him most, and at age 34 he showed he can find ways to win even without his in-prime stuff.

Probably the biggest surprise of the season was not only getting Cole Hamels but also how well he did. A long-time All-Star-caliber player, Hamels was really struggling in Texas and the Cubs needed another arm in the rotation with Yu Darvish being hurt. When the Cubs brought Hamels over the overall feeling was, “Okay hopefully he can pitch like a solid five.” Well, he pitched to a 2.36 ERA, 3.42 FIP, 1.1 WHIP, 74 strikeouts in 76.1 innings as a Cub in 2018. He was incredibly fun to watch and it would be very wise for Theo and Co. to bring him back next year.

Coming into 2018, it kind of felt like the 37-year old Zobrist was pretty much washed and nothing more than a bench player. He proved many people wrong. In 139 games he slashed .305/.378/.440, totaling 139 hits. Zobrist always put together a good AB and made opposing pitchers work hard. Not much more to say about him than the old man showed he still had it in him and, like Lester, his contract was 100% worth it.

Let’s face it, in terms of run production, this man carried the team throughout much of the season. Slashing .290/.326/.554 with 34 homers and 111 RBI is just the tip of the iceberg. His baserunning, defense, and energy was  so valuable to the team, there is no doubt he was the team MVP in 2018. He looked like he was very much in the NL MVP mix for 2018 until Christian Yelich went insane at the end of the year. Regardless, he was really the only offensive player of the young core to have a breakout year.