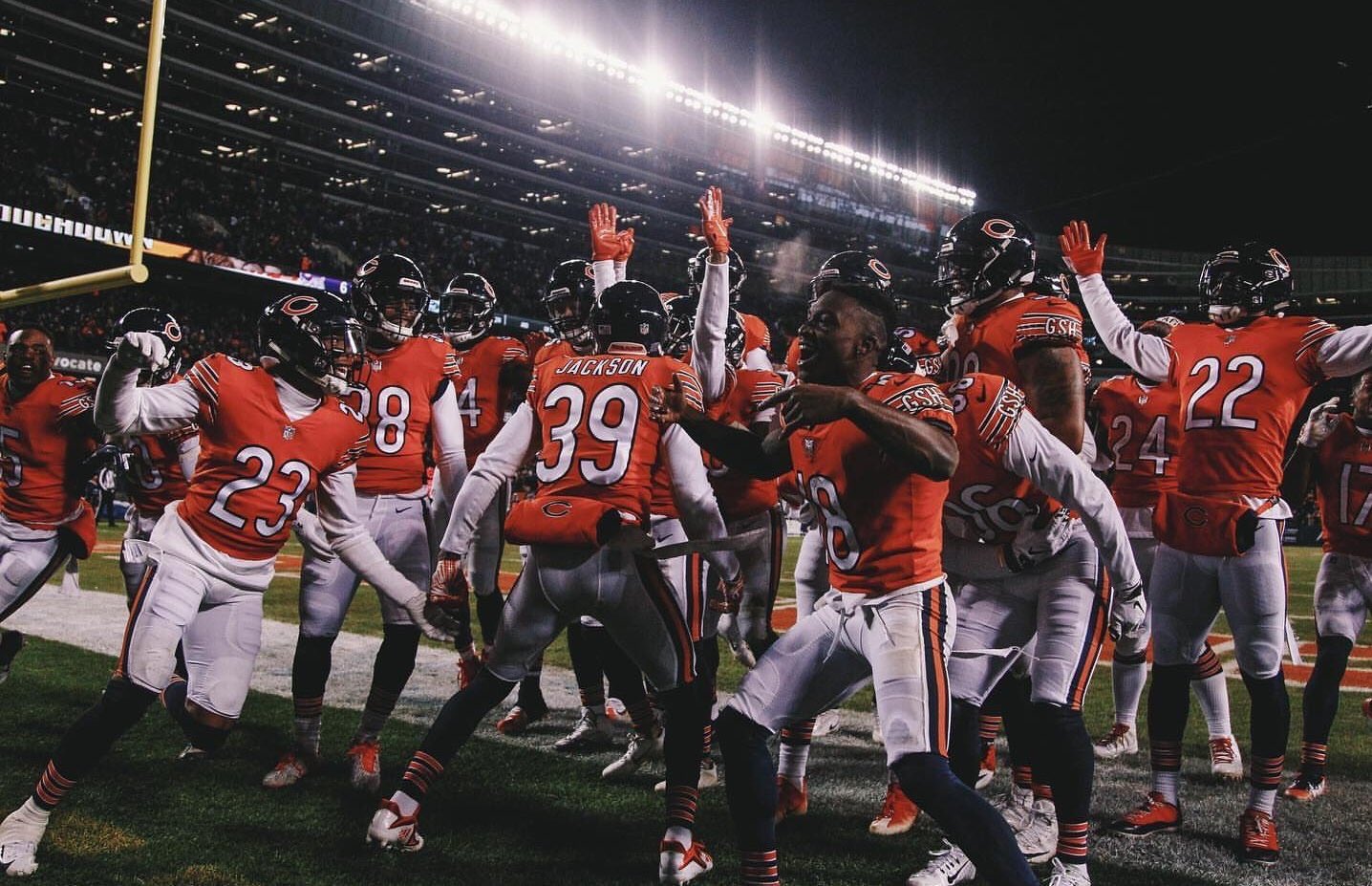 A common phrase used by all: Bears are back. And this time, it carries a lot more than previous weeks.

The Bears defeated the Minnesota Vikings 25-20 in primetime Sunday night, taking full control of the NFC North. In what was the biggest game at Soldier Field since the 2010 NFC Championship game, the Bears showed up and took it. Led by outstanding performances from Akiem Hicks, Eddie Jackson, Khalil Mack and Cody Parkey, the Bears improved to 7-3 and have put the league on notice that they are legit.

The vibe at Soldier Field was unlike no other. While I watched the game from Hooters with some friends, you could hear the energy along the lakefront. Bear fans have not been this excited about their team in a while. This group is special.

The Bears defense may be the best in football. They held the Vikings to 22 yards rushing and kept the passing game in check. And the pressure off the edge from Mack and up the middle from Hicks forced Kirk Cousins into turnovers and incompletions. The defense did their job and they have earned the right to be called the best in football.

Let’s get into my takeaways from Sunday night’s statement win.

Mitchell Trubisky was average, but he did enough to put the Bears in a position to have success. Mike Zimmer was going to throw the kitchen sink at the young QB and Trubisky struggled at times, mainly throwing two interceptions. But he made some nice throws and picked up 43 yards with his feet in Sunday’s win.

It’s a common theme that Trubisky starts off my takeaways and it’s validated. He’s the franchise quarterback. We know how important the QB position is in today’s NFL and that is going to be the first thing everyone talks about after the game is how did Trubisky play. To answer the question: he could have been better.

Trubisky is going to make plays with his feet and he’s not afraid to take a hit. Now with 363 rushing yards on the season, which is good for 1st among QB’s, Trubisky has the athleticism to break some big runs whether they are designed runs or from scrambling. It’s a big part to his game and we saw the Vikings adjust in the second half and start to spy him.

In the passing game versus a very good secondary, Trubisky held his own despite two turnovers. FINAL STAT LINE: 20/31 165 yrds 1 TD 2 INTs. Trubisky has done a fine job protecting the football, only 1 interception in November prior to Sunday, and does not force a lot of throws. There are some questionable throws here and there, but Trubisky is improving week to week. I know I sound like a broken record but it’s important to emphasize he is making strides to hopefully becoming one of the top QB’s in the league.

Jordan Howard has a solid day on the ground,  finishing with 63 yards on 18 carries. While his longest run was only 8 yards, I thought Howard ran the ball hard and always made the extra effort to fall forward.

It’s still a problem that Howard does not fit this offense. If the Bears had themselves an Alvin Kumara or Joe Mixon,  the score may have been different. Howard is a solid running back. You can rely on him to get 3-4 yards a carry and he can punch it in on the goal line. But he does not have breakout speed nor the ability to be a big threat in the passing game.

I think it’s a foregone conclusion that the Bears have to address the running back position in the offseason. Time and time again teams are finding playmaking running backs on days two and three of the draft. The Bears won’t be selecting someone until the third round as it stands now, and I think running back could be the top priority. There will be a lot of names left on the board and Ryan Pace has an impressive track record with late round picks. Can he find that Kumara or Aaron Jones type? Only time will tell.

It’s tough to pick the best player on the Bears defense Sunday night.  Mack, Hicks, Jackson, all played extremely well and had a hand in the victory. Hicks finished with 5 tackles for loss and a sack. His hand use and power make him of the best at his position. Mack had a forced fumble, which he recovered, and a sack. And Jackson had a sweet pick-6 to seal the deal. It was an amazing night by the defense led by these guys.

The entire defense did their job and did it well. They had fun out there and rally around each other. The excitement after Jackson’s touchdown was awesome and put the icing on the cake. Every week, the unit led by Vic Fangio gets better and they do the little things right. And the little things lead to turnovers and points.

If I had to pick one guy, I would give the defensive MVP to Hicks. He dominated all night. He is worth every penny the Bears invested into him. And he has become one of the best defensive tackles in the game. It’s time to vote this guy to his first pro bowl.

After being bashed by the Bears faithful a week ago, Cody Parkey went 3/3 Sunday night.

After hitting the goal post four times a week before, Parkey along with special teams coach Chris Tabor, punter Pat O’Donnell, and long snapper Patrick Scales made the trip to Soldier Field Wednesday night to get some kicks in. There was even a news helicopter recording footage of Parkey. It was an exciting Wednesday in Chicago that’s for sure. But kicking at Soldier during the week obviously helped because Parkey was perfect and his teammates were excited. After making a field goal late in the game to put it out of reach, players ran off the sideline to celebrate with him. It was great to see him be successful. The Bears gave him a nice contract this offseason and he showed up under the lights when the Bears needed him. So for now, the kicking woes are not a topic. Hopefully that lasts.

At the rate they are going, the Bears could be division winners when it’s all said and done. There is a lot of football left, but there is no reason why the Bears can’t dominate the rest of the way. There are some favorable matchups, 49ers and the Giants, but they still have to play the Lions, Packers, and Vikings one more time. Oh, and a meeting with Jared Goff and the Rams in early December. It’s not going to be a cake walk.

It’s a quick turnaround to get ready for the Lions on Thanksgiving Day in Detroit. The Lions will be coming off an impressive win over the Panthers and Matthew Stafford continues to play well at hone. They are banged up though. Kerryon Johnson left Sunday with what some think is a knee sprain. But Darius Slay will be ready to battle the Bears offensive weapons. Kenny Gollday has himself a big game and is getting more targets with Golden Tate now in Philadelphia. While the Bears handled the Lions last week, Thursday’s showdown could be very different. It’s the NFL, anything can happen. It’s up to the Bears to recover quickly and get ready for Thursday.